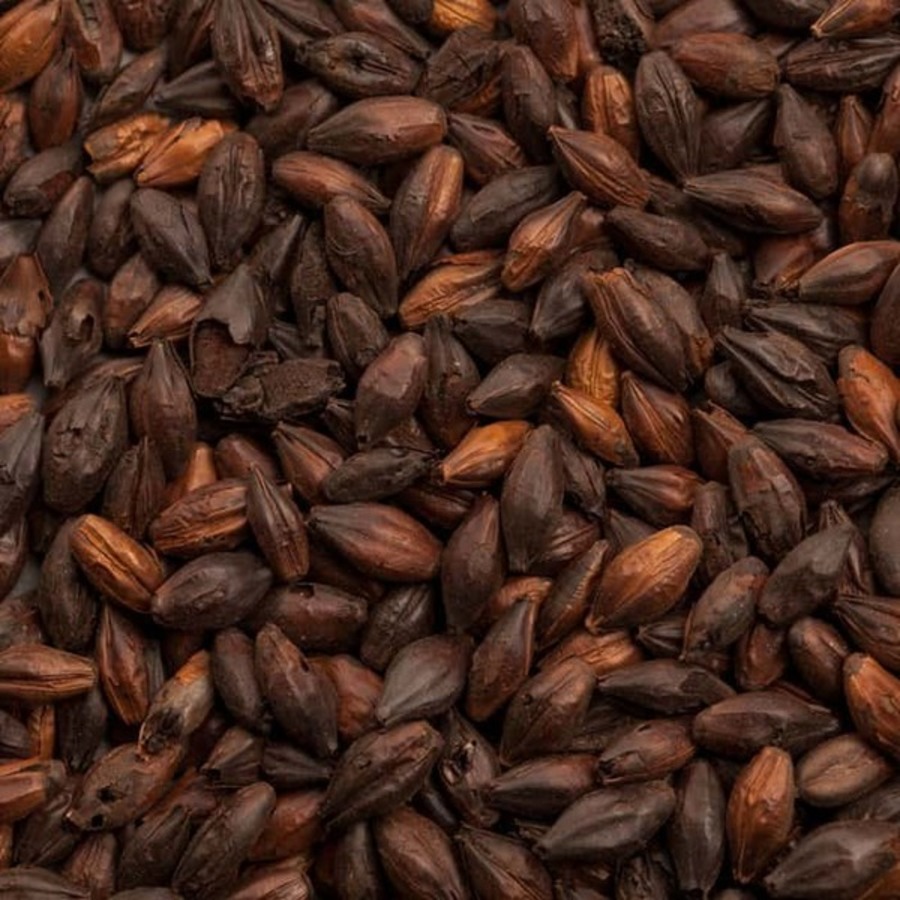 Black Malt, sometimes loosely described as Roasted Malt, is used in the production of very dark beers. The flavour, as might be expected, is a more intense version of Chocolate malt and because of its colour and flavour needs to be used with care. Roasting is similar to Chocolate malt but higher final temperatures in the region of 200°C are used.