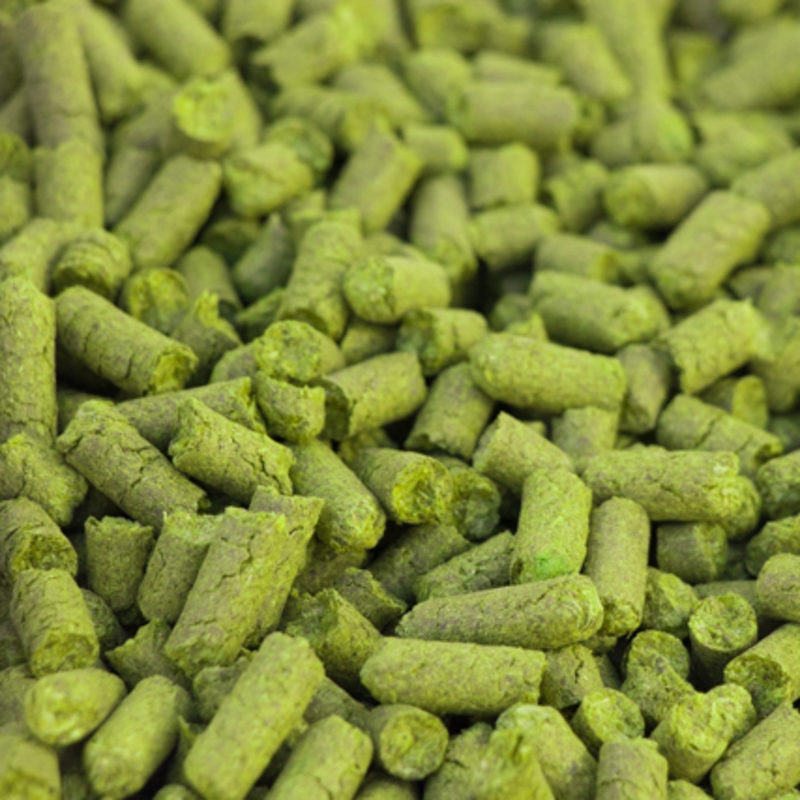 NZ Chinook was bred from a cross between Petham Golding and a high alpha USDA male. This US variety grown here in New Zealand shares many of the same characteristics as its northern hemisphere counterpart. Released in 1985 and becoming increasingly more popular, Chinook has a very strong grapefruit character in both the rub of the hop and in the beer.

Chinook hops have a strong and distinctive pine-like aroma and flavor that is not common among other varieties. They are also somewhat spicy with a mild fruitiness similar to that of other Northwest hops (Cascade, Columbus, Centennial), though  not as strong. A high alpha acid hop with a very unusual aroma profile.

Chinook Hops will add 12%-15% alpha acid content to your hops schedule and is good for the beginning of the boil, or mid-additions in brewing. It has a heavy aroma, and somewhat spicy bouquet. Some piney and herbal notes will be evident in a fresh batch.

Chinook is popular in American style beers such as Pale Ale and India Pale ale, but extends itself well to Seasonal Ales, and darker beers including Porter, Stout, and Barley Wines. Its distinct, medium intensity spice and pine characteristics with subtle notes of grapefruit make it a wonderful addition to many beer styles.