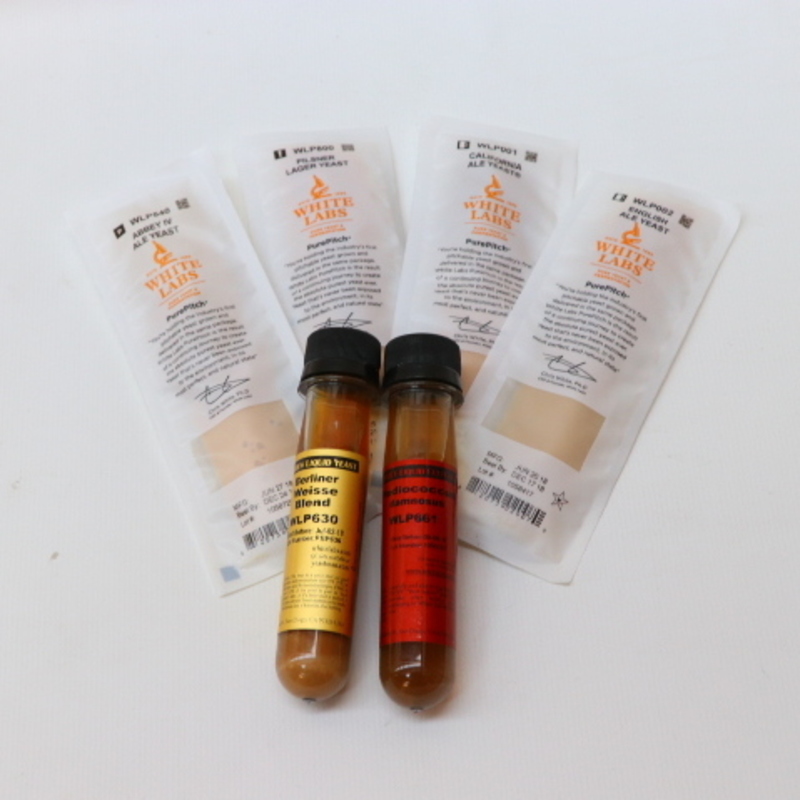 From England, this yeast can ferment up to 25% alcohol when used correctly. It produces ester characters that increase with increasing gravity. Malt character dominates at lower gravities. To achieve >25% ABV, sugar needs to be fed over the course of the fermentation.
NZ$ 17.50
0
Out Of Stock

From England, this yeast can ferment up to 25% alcohol when used correctly. It produces ester characters that increase with increasing gravity. Malt character dominates at lower gravities. To achieve >25% ABV, sugar needs to be fed over the course of the fermentation.

**This strain has been genetically typed in our lab using polymerase chain reaction (PCR). Through this genetic testing, we have determined WLP099 Super High Gravity Ale Yeast to contain the STA1 gene (glucoamylase), a potential indicator of Saccharomyces cerevisiae var. diastaticus. Brewers yeast are natural hybrids, which make it possible for certain strains to display elements of the STA1 gene. These strains have the ability to utilize some dextrins (unfermentable sugars), resulting in higher levels of attenuation than what is considered typical.

At White Labs, we do everything possible to detect for undesired organisms within our process and cultures. The strains we carry with known Saccharomyces cerevisiae var. diastaticus genetics have been researched and validated to perform without excessive over-attenuating, which is possible through our nearly 25 years of experience paired with internal and external fermentation data.**

Flavors from this yeast vary greatly with the beer produced. The higher the gravity, the more winey the result. Beers over 16% ABV begin to taste less like beer, and more like fortified wines.

With low gravity beers, this yeast produces a nice, subtle English ale-like ester profile. As the gravity increases, some phenolic character is evident, followed by the winey-ness of beers over 16% ABV. Most fermentations will stop between 12-16% ABV unless these high gravity tips are performed:

Aerate very heavily, 4 times as much as with a normal gravity beer. Less oxygen dissolves into solution at high gravity.

Pitch 3-4 times as much yeast as normal.

Consider aerating intermittently during the first 5 days of fermentation. This will help yeast cells during a very difficult fermentation. Aerate with oxygen for 30 seconds or air for 5-10 minutes.

Higher nutrient levels can allow yeast to tolerate higher alcohol levels. Use 2 times the normal nutrient level. This is especially important when using WLP099 to make wine and mead, which have almost no nutrient level, to begin with. Do not start with the entire wort sugar at once.

Begin fermentation with a wort that would produce a 6-8% beer, and add wort (it can be concentrated) each day during the first 5 days. This can be done together with aeration. This is mandatory if the reported 25% ABV is to be achieved.