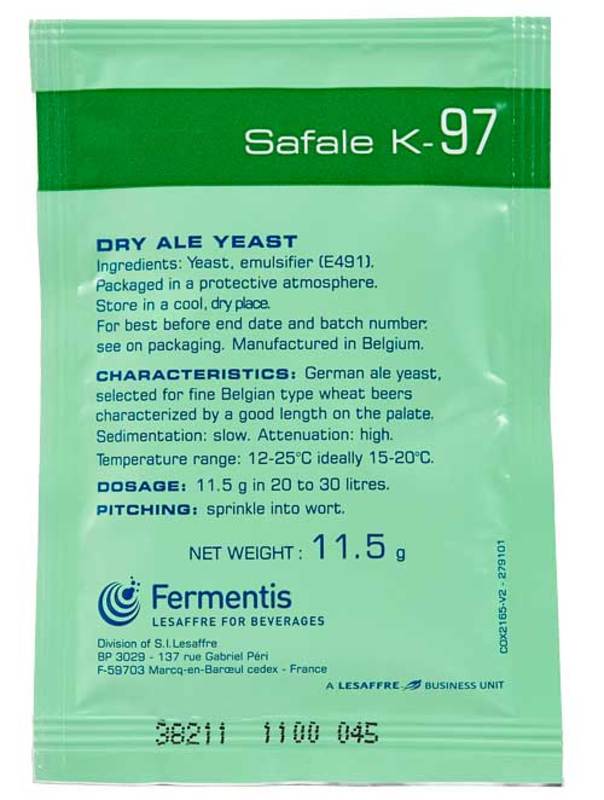 Fermentis Safale K-97 is a German ale yeast selected for its ability to form a large firm head when fermenting.

Suitable to brew ales with low esters and can be used for Belgian type wheat beers. Its lower attenuation profile makes for beers with a good mouthfeel.